Dan Sinker is asking folks to fill out this very brief questionnaire to map songs ice cream trucks play as they trawl neighborhoods. Dan lives in Chicago, where I used to reside. In my neighborhood, in the warm weather, the trucks and their tunes were incessant, and though the songs varied there wasn’t a ton of variety (as you can see in Dan’s survey). His call reminded me of a tale from summers ago…….

Supposedly a truck parked somewhere near Logan Square, for three hours, same song, over and over. After trying to be patient and understanding a local resident couldn’t take it anymore, walked downstairs and politely asked the truck to move on. No dice. Resident calls 311 City Services, explains what’s going on and the woman on the phone line just says, “Honey, that ain’t a 311 call, you gotta ring 911”.

“No, its’ not life threatening, I just want to ask if they can move.”

“Honey, call 911. Your life may not be in danger, but you already lost your mind. Get a policeman there to move them along.”

I promise it won’t be another ten years before a record comes out. If you are here reading this, you might be relieved to hear that. The last three months have been a time of reflection and thinking about direction. Where to start, how to proceed.

I signed the Cyclofemme pledge. How about you? 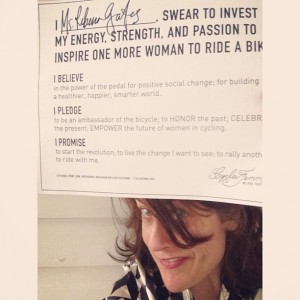 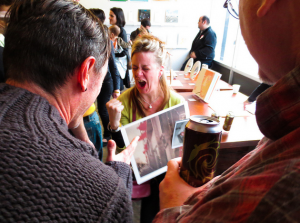 It’s rare I get to see the moment where someone is so excited about my, and our, work. Thank you to P.I.C.A. for providing the venue, sending along the documentation of this moment and for organizing the event. Happy to help with the benefit and love to Josh and his family.

Leave it to George “Shadow” Morton to make his big move to that Brill Building in the sky on Valentine’s Day.

The sir of love as in L-U-V “When I Say I’m in Love you Best Believe I Mean I’m in Love L-U-V’. What hijinks he inspired.
Merci

I’m working on a project (a couple actually) that required me to dig out old album notebooks. Each volume is about 2″ thick, full of sketches, photos, lyrics, inspirations, writing notes, recording and mixing notes, etc.

Here are two snaps I found: 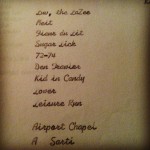 working titles for some of the songs. “lower” became “reach v speed”, don’t know what some of  the others are, or were. 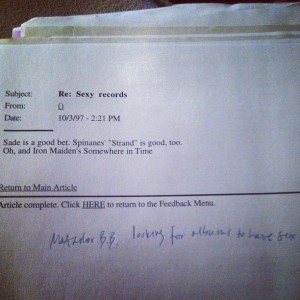 I agree with the Speedo. 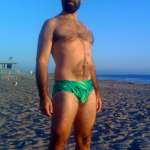 Rob Delaney (pictured here) on why he’s voting Obama and not third party this election.

I’ve enjoyed, and they have been illuminating and interesting, more conversations about not voting than I’m comfortable with.

Not me not voting, but others. All of the folks have said or written they don’t believe in the two party system and don’t want to support it. They don’t want to vote for a candidate just because he or she is the lesser of two evils. They are all involved in activism in some sense, not members of the Culture of Apathy.

Their words have been turning in my head for the last few weeks and I still don’t know what to make of them. It’s very clear to me that if there’s a candidate who will dismantle women’s rights, human rights, that person should not be elected. If it means voting for someone who I don’t support 100%, then ok, I’d rather be in a position where I’m not so deep in defense mode I can’t work towards what I think is important. It also strikes me as pretty entitled. Ideally, yes we vote for someone who shares our opinions across the board, but not only are those folks are rare (and it’s a time to develop alternatives) but in a nation of over 300 million people it seems naive. I voted for Obama, and I look forward to doing whatever work needs to be done to work towards a more effective representational democracy.

Much to do no matter how the election turns out.

Here’s a brief list of what seem to be active and effective links to aid, announce and navigate the aftereffects of the hurricane. I don’t enable comments here, but will add suggestions if they arrive @rebeccagates or info@parcematone.com. Thanks

Posted in Politics, The Agency League of Musicians | Leave a comment

The Athletic + photos by Ethan

My friend (and I am lucky to call him that) Jeremy Dunn is a force, a lanky, goofy, intelligent, inquisitive and embracing force. I first learned about him through his magazine and blog Embrocation Cycling. His latest endeavour, aside from posting photos, twitz and blogs under any number of handles and platforms (including rapha.cc where he “works”) is The Athletic and, well, The Athletic. Of note this week is his post on the Cross Cursade out at Heron Lakes. Please note in the body of that report a mention of our friend Ethan Furniss and his photo show at The Arbor Lodge. Check it all out.